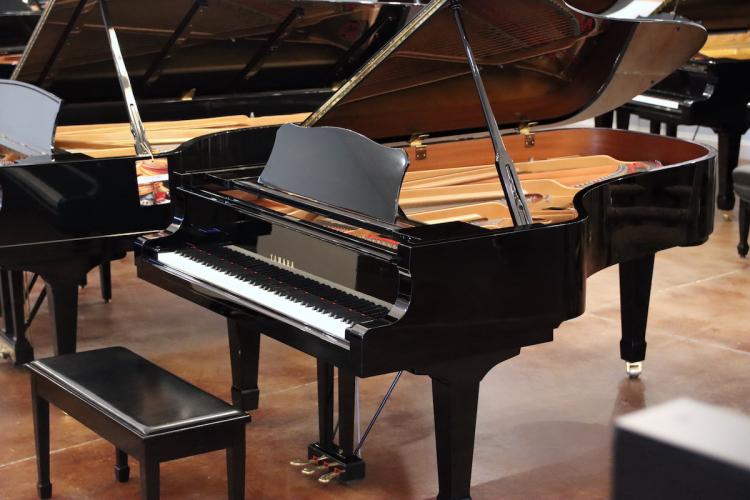 Pre-owned Yamaha model C7 for sale.  The flagship of Yamaha’s Conservatory series, the model C7 is one of the most recorded pianos in the music industry.  Known for its musical versatility and durability, the 7’6″ Yamaha model C7 is a semi-concert grand suitable for small halls, churches, recording studios, teaching studios, and the living rooms of its devoted fans.

This pre-owned Yamaha model C7 was built in Japan in 1996.  It’s condition is excellent, having been well cared for since new.  It was a piano teacher’s personal instrument.  Now freshly detailed, regulated & voiced, this piano is ready for a new home.

Make an appointment today to see and try this piano for yourself.

There are no reviews yet.

Reach us by phone:

We would love to hear from you